It’s a wrap!Best image film, best recruiting film, best video for CSR/non-profit, best medical film, best screenplay and as the icing on the cake the Grand Prix for the best competition film. That is our yield at this year’s International Business Film Festival.

“Three films submitted, six awards won. Including the grand prize. Mission accomplished,” says managing director Peter Schels, “In fact, it’s impossible to plan ahead. It’s just a pity that this year of all years the event in Vienna fell into the corona water. Normally, we would celebrate such an event”

The winner in the CSR/Non-Profit category was „Hearts and Minds“, a film about the Geneva-based anti-landmine organisation GICHD. Shot in Colombia, Lebanon and Bosnia. The responsible producer, Clara Böhm, is now working as a video producer for Condé Nast.

A real tearjerker is the video „Annette“ , created for the dialysis organisation KfH. It is a portrait of a severely handicapped person who masters her life impressively. The film also recently won bronze at the New York Festival.

And finally, “The Double Image Film” for the agricultural machinery manufacturer GRIMME, which became the price collector par excellence. Best image film, best recruiting video, best screenplay and the Grand Prix for the best of almost 350 entries in 25 categories. A humorous film, which lifts the family business itself, as well as its somewhat unknown location (Damme) onto a pedestal. “It convinced with the excellent idea to present both the company (GRIMME Landmaschinenfabrik) and the production site (Damme in Lower Saxony) in a humorous way in just one film. The perfect symbiosis of company and location, which ideally complement each other and each contribute to the other’s image, was especially emphasized. The innovative idea was realised in an excellent cinematic manner and left a lasting impression on the jury members, not least due to the authentic narrative style,” says festival director KR Alexander V. Kammel about the jury’s decision. Interestingly enough, other agencies and film productions now also use the film on their websites.

Both Annette and the double image film were directed by Oliver Bernotat, who has since landed as a creative producer in the film department of Jung von Matt in Hamburg. 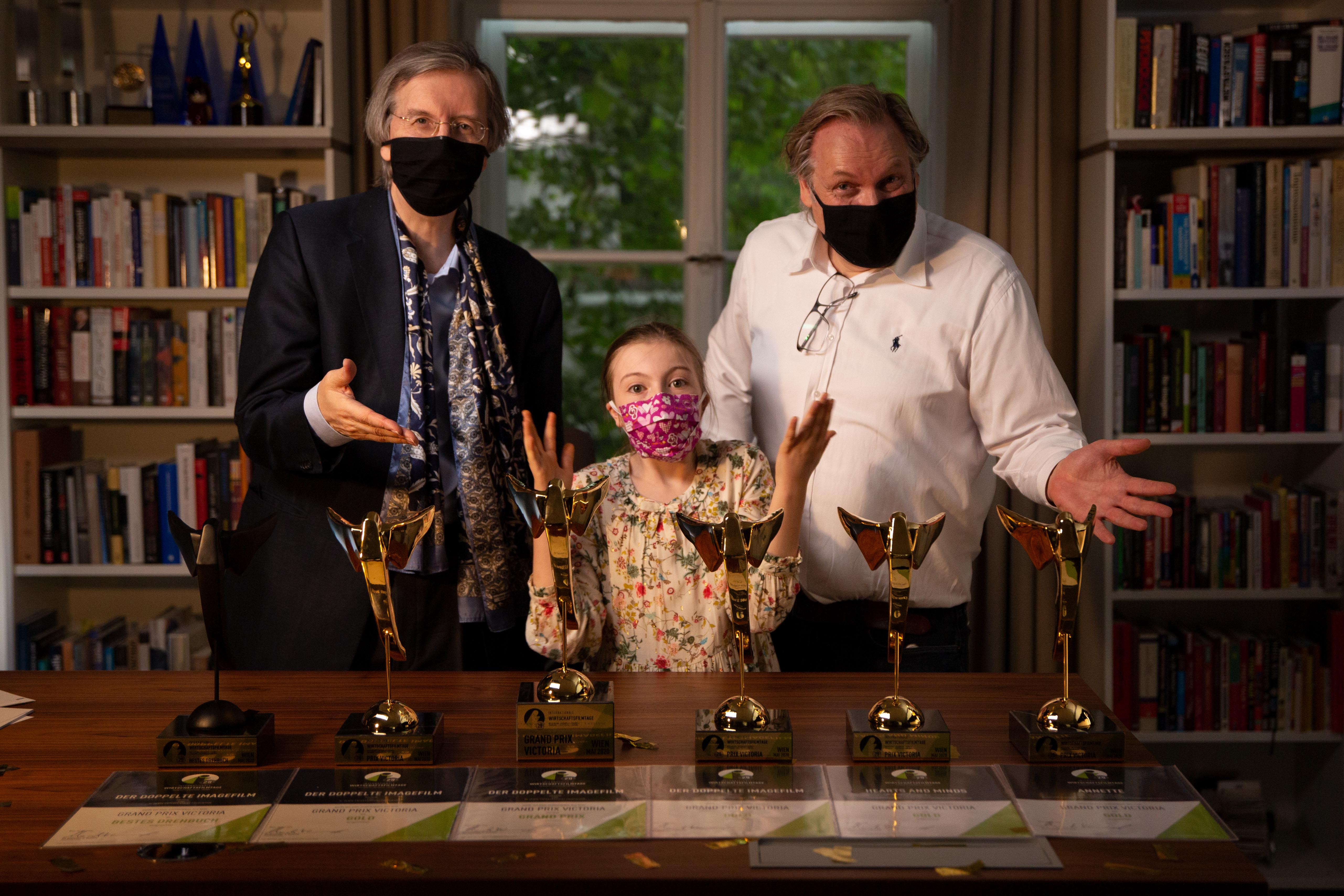 The International Economic Film Days took place in our office in Munich.

We did not miss the opportunity to broadcast the completely private award ceremony in our own offices via livestream. The head of the International Business Film Festival, Alexander Kammel, traveled to Munich because of this occasion. “I very much hope, that we will soon be able to present our awards again in an even more dignified setting, but Al Dente has deservedly won this year. The video portrait “Annette” was also in the race for the Grand Prix for the best corporate film in German-speaking Europe until the very end”.